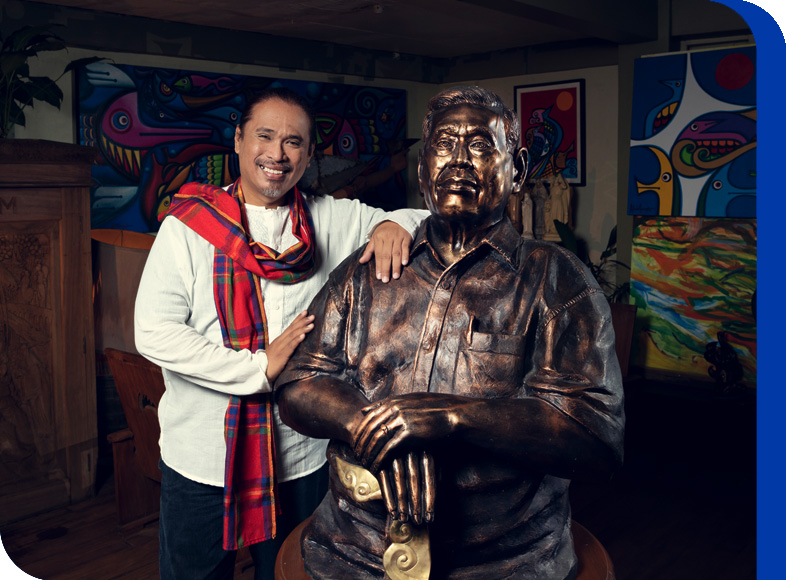 Known as the City of Golden Friendship, Cagayan de Oro, and the rest of Mindanao, offer golden opportunities for the arts to flourish in the region. Its natural attractions and rich heritage that brings together its indigenous communities, Christian settlers and Maranao Muslims lay the ground for an exciting cultural exchange.

The My City, My SM, My Art run at SM City Cagayan de Oro was a golden opportunity for Toym Imao to have a greater appreciation for the region his father National Artist Abdulmari Imao loved. He was likewise touched by stories from artists who had known his father through the workshops he tirelessly conducted in Mindanao.

He also saw himself as part of that exciting cultural exchange. Toym, after all, grew up in a family with a Muslim father from Jolo, Sulu in the South, and a devout Roman Catholic mother from Pampanga in the North. This was, for him, the best of both worlds as both are culturally rich regions with a wealth of amazing diversity.

Toym, whose nickname was inspired by the Ten Outstanding Young Men or TOYM Award his father received, learned art from his father. “My work is definitely influenced by my Dad,” he says. “Everything I do is an homage to whatever he shared with us.”

As a sculptor and a painter, most of Toym’s works are found in public spaces, as he is mostly commissioned to create historical monuments and shrines.  His public artworks are always accomplished with masterful craftsmanship and display historical depth & architectural strength.

He is also one of a handful of Filipino sculptors who are experts in the lost wax method of bronze casting. With his pounded brass technology, he is able to create metal sculptures that are not stiff but full of details and movement.

As a versatile artist, he specializes in large scale murals and letra y figuras. His works can be found in major cities in the Philippines, Vietnam, the US and Europe.

When his father passed away, Toym felt compelled to continue his narratives, not only in his art, but also in his personal advocacy of promoting the region. Both their works have been showcased in special Eid’l Fitr exhibits at the SM malls, as well as part of My City, My SM, My Art in Mindanao.

He says that these exhibits “not only bring awareness about the legacy of my Dad in his art and his life, but also to his very inspiring story about a poor probinsyano who became a National Artist.”

Toym adds that “exhibitions in SM malls are a form of outreach, bridging the galleries and the fine arts to people of all walks of life. And who knows, a young kid visiting a mall may get inspired by his art and his story, and pursue his own artistic journey.” 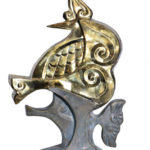 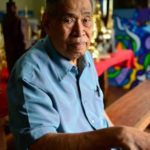 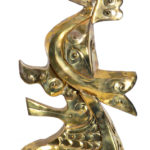 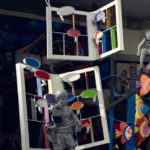 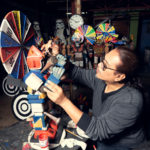 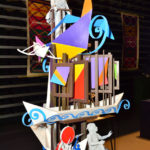